Arame seaweed chutney from Tokushima. The Arame is found 5m deep from the surface of the water, where they find it attached to the rock.

A fantastic cheese board accompaniment.

A talking point in a jar. Our seaweed chutney is made from Arame seaweed from Tokushima prefecture, located on an island south of Kobe. Underwater farmers harvest this thick, black seaweed which is then dried on beaches before being made into our chutney which has a deep, intense, complex flavour. Imagine a more tangy, salty, umami caramelized red onion relish and you’re getting close to its taste profile.

Traditionally this chutney is served with rice or as a sushi topping. However we think it also pairs perfectly with creamy cheeses like Gorgonzola Dolce or Robiola 3 Latti, to add a touch of Japanese refinement to your cheeseboard. 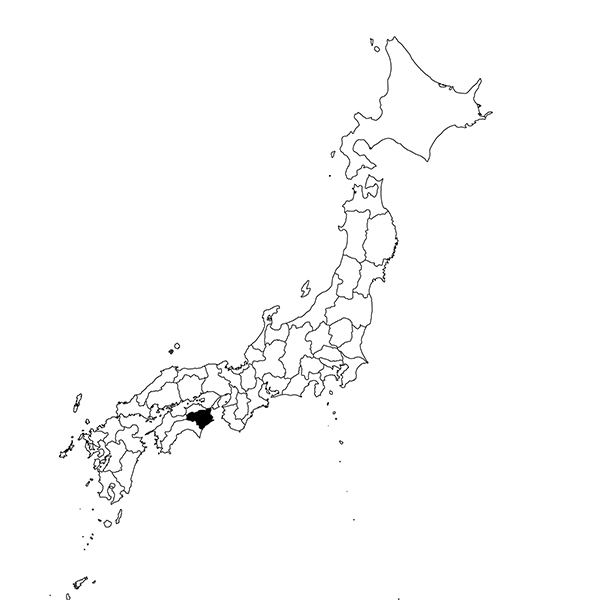 Many descend on Tokushima City every August for the large-scale Awa Odori dance festival, but the prefecture offers outdoor fun in every season.

Tokushima is most famous for the Awa Odori Festival, which brings hordes of tourists during the Obon holiday period in August. But the prefecture, located on the eastern corner of Shikoku, offers beautiful nature and outdoor thrills all year round. Try out white-water rafting in spring or surfing in summer. Enjoy locally brewed sake in the town of Awa Ikeda during cooler months, or trek part of the Shikoku Pilgrimage Route. Off the coast lie the Naruto whirlpools, best viewed from sightseeing cruises.

As buckwheat is the local crop rather than rice, soba is always sure bet. Sobagome zosui is a thick porridge/gratin-style dish made by boiling the soba seeds and won’t be found anywhere else in Japan.